Sustainability starts in the design process, and AI can help

Holders Algeria stunned by Equatorial Guinea at Cup of Nations 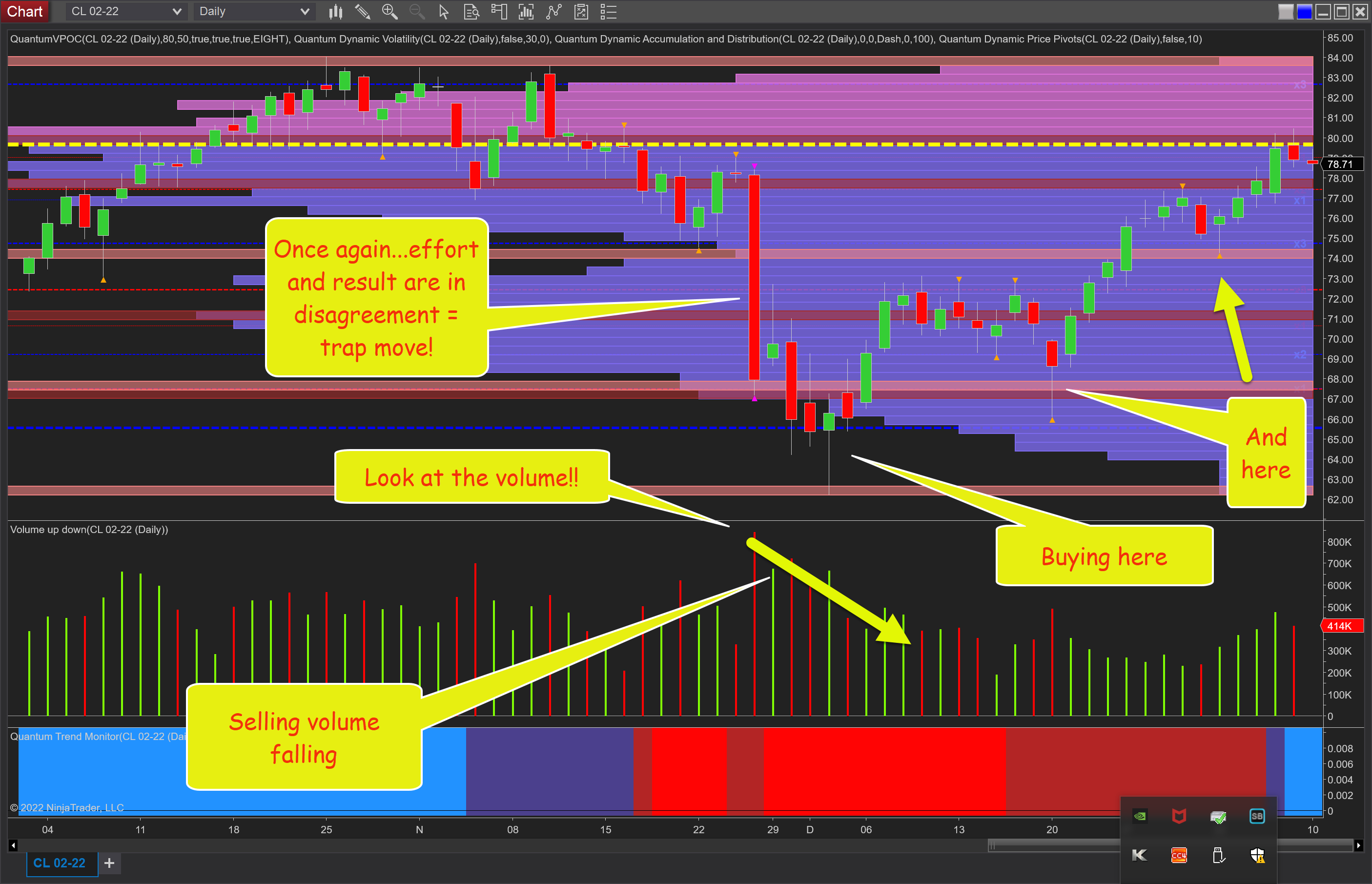 The rout in on the 26th of November was another trap move which has much in common with that for Tesla, but in this case for a commodity. Still, the same principles apply from a volume price perspective on the daily chart.

In this instance it was the daily candle also associated with a volatility trigger that moved the price of oil a colossal distance on the day, opening at $78.13 per barrel before closing at $67.94 per barrel, a move of over $10 per barrel on the day. Yet look at the volume and compare this to other down days. Whilst the volume bar is the highest on the chart, it is only marginally higher than some, and a mile below what it should be.

Such an extreme move requires a huge effort and one where we would expect to see volume two or three times higher than it is, so the conclusion is simple. Once again this is a trap move by the big operators looking to draw the unwary into weak positions before reversing the move in due course which is ultimately what occurred.

Note also how the volume under the down days which follow falls away dramatically, confirming this lack of selling with buyers stepping in first on the 2nd of December, then buying again on the 20th of December as the rally gets under way, duly taking the price all the way back to the VPOC at just below $80 per barrel. Note too, that on the extreme down day, our Quantumtrading volatility indicator was also triggered where our expectation is either congestion or a reversal and merely confirms the trap nature of the move.

Now with oil re-establishing its bullish momentum, in the short-term, we can expect to see congestion around the $80 per barrel area where the volume point of control currently sits, before the commodity makes a further attempt to breach resistance at $84 per barrel in the longer term.

Disclaimer: Fusion Media would like to remind you that the data contained in this website is not necessarily real-time nor accurate. All CFDs (stocks, indexes, futures) and Forex prices are not provided by exchanges but rather by market makers, and so prices may not be accurate and may differ from the actual market price, meaning prices are indicative and not appropriate for trading purposes. Therefore Fusion Media doesn`t bear any responsibility for any trading losses you might incur as a result of using this data.

Fusion Media or anyone involved with Fusion Media will not accept any liability for loss or damage as a result of reliance on the information including data, quotes, charts and buy/sell signals contained within this website. Please be fully informed regarding the risks and costs associated with trading the financial markets, it is one of the riskiest investment forms possible.

The Quick & Easy Guide To Freezing Rows in Excel

Another Blow To Sentiment | Investing.com

Nations to adopt Bitcoin, crypto users to reach 1B by 2023: Report By Cointelegraph