Jackson Hole Ahead! What Should We Expect?


fluctuate around $1,800, waiting for signals from the Fed at Jackson Hole. Which way will we go after the conference?

Finally! The price of gold returned above $1,800 this week, as the chart below shows. It’s a nice change after the slide in early August. Although gold has rebounded somewhat, bulls shouldn’t open the champagne yet. A small beer would be enough for now, as the yellow metal already retreated from $1,800 on Wednesday. (The fact that gold was unable to stay above this level is rather disappointing.) 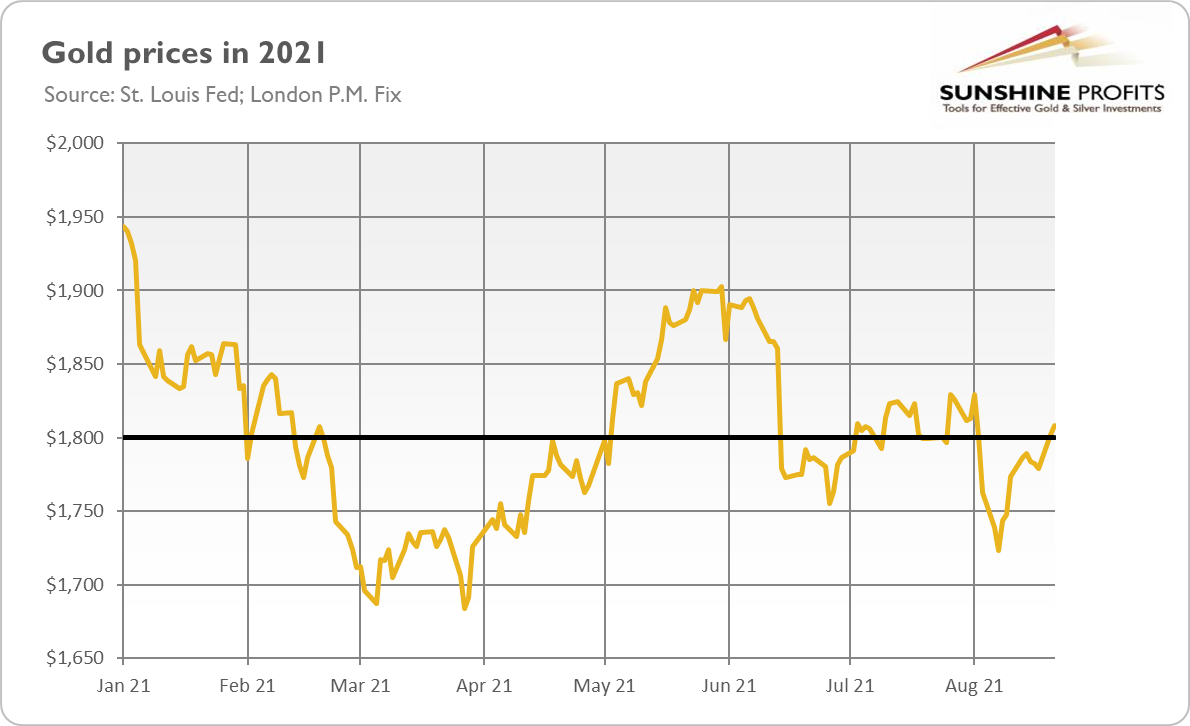 So, what is happening on the gold market and what are its prospects? Well, it seems that two narratives are competing with each other ahead of the Jackson Hole conference. The first one is that Powell could provide some clues about the Fed’s tightening cycle, signalling when the tapering would start and how this process would look like. In other words, after July’s FOMC minutes, which came in more hawkish than expected, some analysts expect another hawkish signal from the Fed this week. Gold may suffer due to this, although tapering of the quantitative easing is already priced in to a large extent.

On the other hand, the recent rebound in gold prices might have been caused by investors positioning for a more dovish Fed than before. This is because of the Delta variant of the coronavirus, which is spreading quickly through the U.S., as the chart below shows. 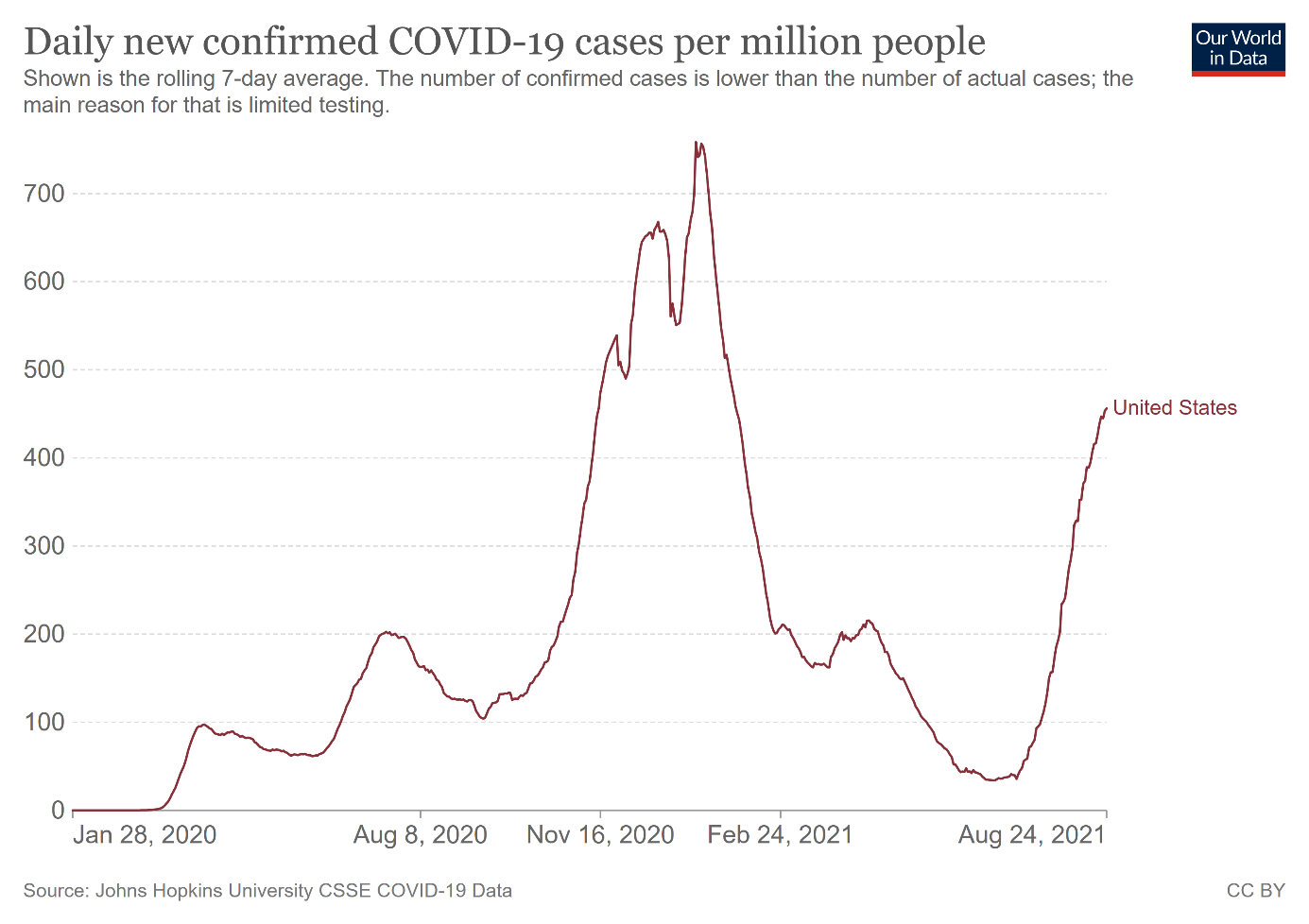 The rising number of new cases could soften the Fed’s stance or temper its tapering plans. Indeed, Minneapolis Fed President Neel Kashkari said that “COVID-19 delta variant matters a lot,” while Dallas Fed President Robert Kaplan admitted that he might “rethink his call for the Fed [to] start to taper its $120 billion per month and bond purchases if it looks like the spread of coronavirus Delta variant is slowing economic growth.” Of course, both presidents are not voting members of the FOMC this year, but their comments may still be indicative of the thinking within the Fed.

After all, the U.S. central bank says it’s data-dependent, and some data seems to confirm recent worries about Delta’s impact on the GDP growth. For instance, the HIS Markit Flash U.S. Composite PMI Output Index declined from 59.9 in July to 55.4 in August. This means that U.S. business activity growth slowed for the third month in a row, partially due to Delta and softer consumer demand. The Fed’s more dovish tone and postponement should be positive for gold prices.

Having said that, investors have to remember that Delta’s impact on the economy would be rather limited, as economic agents have already accommodated to the pandemic and nobody wants further lockdowns.

What does all this mean for the gold market? Well, the Jackson Hole conference might determine gold’s future direction, as many investors are waiting on the sidelines just to hear what Powell and other central bankers have to say. However, it’s also possible that this year’s symposium will be less impactful than expected. I mean, Powell could refrain from announcing any timeline of the Fed’s tightening cycle, preferring to wait until the FOMC September meeting when August non-farm payrolls are available and it is easier to assess the economic impact of Delta.

However, the lack of hawkish action is dovish action. So, it’s possible that gold investors will find delight in Jackson Hole. However, this “a bit dovish scenario” might already be priced in, so a lot depends on the details of Powell’s speech. My bet is that he will point out both the economy’s strength and the threats of the Delta variant. Nonetheless, I don’t expect that Delta will radically change the Fed’s stance on tapering, so medium-term downward pressure on gold should remain intact.