Reasons Why Your Current LMS Cost May Result So High


Is Your LMS Cost Too High?

You expect your LMS to provide the much-promised value for money. It comes from the reduced cost of training and increased employee skills, leading to less compliance-based monetary issues. But the hidden costs are swaying the balance in the wrong way, this is not what was expected! The dilemma going forward becomes whether to pay more up-front, or risk a multitude of hidden costs. Not only could you end up with license and maintenance costs, but your people costs might go through the roof. Here are 6 key reasons why your LMS cost may be higher than you have originally planned.

So, you know about these costs. They were spelled out from the beginning. But they are part of the overall cost picture, so we need to explore what you are paying.

1. You Didn’t Look Beyond The Setup Fees

One-off installation costs such as training, support, setup, and customization were all part of the initial agreement you signed. You were aware that all of this was going to be part of your business case. Perhaps, though, you weren’t aware that paying more upfront was actually going to save you in the long run. Maybe you opted to avoid these costs with a “free” option, and as we all know, there’s no such thing as free.

2. You Made A Mistake With Pricing Models

There’s no doubt, it can be hard to predict exactly how you are going to use a system. Especially if you are new to LMS. Maybe, now that you are further down the line, you’ve realized you made a mistake with the pricing model you selected. Has something changed in the organization since you signed your LMS agreements? Is there a staffing implication that you had not considered, which is now impacting your pricing model and affecting your LMS cost?

Let’s take a brief look at how the 2 most popular pricing options.

Are hidden costs piling up?

Beyond the obvious costs that were agreed up-front, Learning Management Systems are often known for having their fair share of hidden costs. Have you been hit by hidden administration, maintenance, and support costs that you hadn’t anticipated?

3. You Opted For An Open-Source LMS To Save Money On Implementation

Yes, it did seem to be free. But your organization has to customize and manage the system from the outset. There is a huge time implication that is very difficult to estimate. You will have initial server costs, but it is so difficult to predict what configuration will be needed. You may well end up paying more for server upgrades, later. Add in the ongoing hosting and security costs that may increase annually. Then there would be all the costs associated with running an impactful online training program. People costs for customizing features, user interface, design, and staff training may be far higher than you predicted. It’s almost impossible to accurately predict the demand on your people associated with running an LMS.

4. You Didn’t Budget For Support Costs

A classic mistake when implementing an LMS is planning to do everything within the existing L&D team. In the end, most need to hire an LMS administrator because they are so stretched and because learners are unhappy. If you didn’t agree with this beforehand, support teams can be costly, thus, affecting your LMS cost. Plus, there will always be updates and maintenance costs, throughout the lifetime of the system.

5. You Didn’t Have Enough Developers In-House

Because you have so many expectations from your LMS, your developers will be overwhelmed. You may then encounter unexpected course development outsourcing or in-house training costs. In some cases, organizations even run the risk of losing their top L&D talent because they’re simply overwhelmed. Which means having to hire a replacement and train them to utilize the system.

6. You Didn’t Involve The Right Experts In The Selection And Implementation Phase

Were procurement, IT, L&D and senior stakeholders part of the project team? If not, you may have made a poor decision about what was needed, and how it would be implemented and supported. Everyone should be involved during the initial stages so that they can offer their unique expertise and recommendations.

Due to the number of hidden costs, you might be well over-budget on your LMS costs. It is generally accepted that it might be better to pay more upfront hard costs. Choosing an LMS which comes with full support and a development team could save money long-term. They can help create and convert materials, they are fully trained and experienced experts who can customize and keep your system updated. Choosing a new LMS provider is fraught with uncertainty. If you’re not experienced in-house, then it’s probably best to hire experts now and save costs later.

Have you created a requirement list for your new LMS platform? Have you factored in all its costs? Can you really afford your top LMS contenders? Get a free LMS consultation to find the best learning management system for your organization. 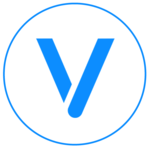