Tron, What Are You Doing Over There? By DailyCoin 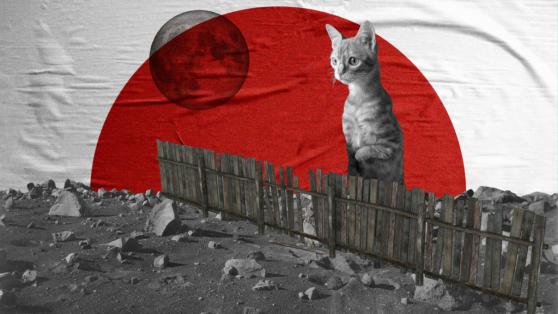 Tron, What Are You Doing Over There?

Following the ICO boom of 2017, smart contract platforms have tried to challenge Ethereum’s dominance. However, new platforms are only now starting to make an impact. TheTRON foundation was established in 2017, raising $70 million before China heightened its regulatory measures to prevent scams and network frauds. Led by the flamboyant Justin Sun, who previously developed social platform Peiwo, it is illustrating that TRON has surpassed in terms of transactions and network serviceability.

Known for his social media antics and ability to make a splash, Justin Sun embodied the TRON protocol, a network adapted for the creative culture. Among others, he stood out in the industry through million-dollar lunches with crypto critic Warren Buffet, and by purchasing Warhol and Picasso NFTs. Yet, despite his social overplay, Sun has helped TRON to stride through his own channels.

Justin Sun is continuing his theatrical rhetoric after announcing that he is to become project lead for the Chinese Academy of Governance, but has no plans to retire from crypto. As reports indicate, Sun will be part of blockchain research for social governance, however, Chinese journalist Wu Blockchain claims that Sun’s strategy is to improve the remainder of his relationships with China, indicating that it is a “bought title.”

As Sun has previously shown the blockchain space, his ability to compete with western blockchain innovation is apparent. He vertically implemented every innovation into the network, including DeFi and NFT byproducts, competing with Ethereum on various KPIs.

TRON hit multiple strides after overcoming Ethereum’s performance. Data from Coinmetrics shows that TRX transactions are nearly 4 to 5 times more than those of ETH, with average daily users of 100,000 in 2020. Moreover, TRON reported over 9.2 million in daily transactions, hitting a new community high.

TRON’s inner workings incentivize network transactions, yet their achievements are not to be dismissed. As western discourse differs from the goals of both Asian investors and developers, TRON’s swap platform has returned high-performance metrics. A report from Dappradar shows new users on JustSwap increased by 200,000 between June 17th and July 17th. By contrast, Polygon’s, the community favored L2 protocol, only increased by 1%.

TRON-based DeFi platforms account for 3 out of the 7 top decentralized exchanges, with Uniswap still holding firm. As Justin Sun emphasized, TRON’s achievement is often overlooked because they keep a “low profile,” a phrase that contradicts Sun’s social media attitude. While TRON can surpass Polygon, and BSC, because of their low fees, a requisite in the current landscape, TRON can hardly break free from community stigma.

Where is TRON Going?

The protocol is enriched with trending blockchain products, which also include a growing sum of stablecoins. Since launch, $110 million USDC has been issued on TRON, indicating that network activity is picking up.

TRON is continuously burning TRX tokens, setting a high of 9 million burned, aiding the network’s growth in value. However, despite the network growing fast, the price of TRX has “suffered” without many impulses available to gather steam, as the volume decreased by 50%, despite new user onboarding.

The TRON protocol is a commonality in the Asian market, and the regulatory pushback from China has affected TRX’s ability to regain the same allure as it held before May 2021. Yet, Sun acknowledges that TRON has a “few pits” globally, despite its presence in Asia. TRX will doubtless face the same west vs. east division, but the crypto community’s mindset is easily remodeled when the subject involves financial gain.

Join to get the flipside of crypto

Upgrade your inbox and get our DailyCoin editors’ picks 1x a week delivered straight to your inbox.