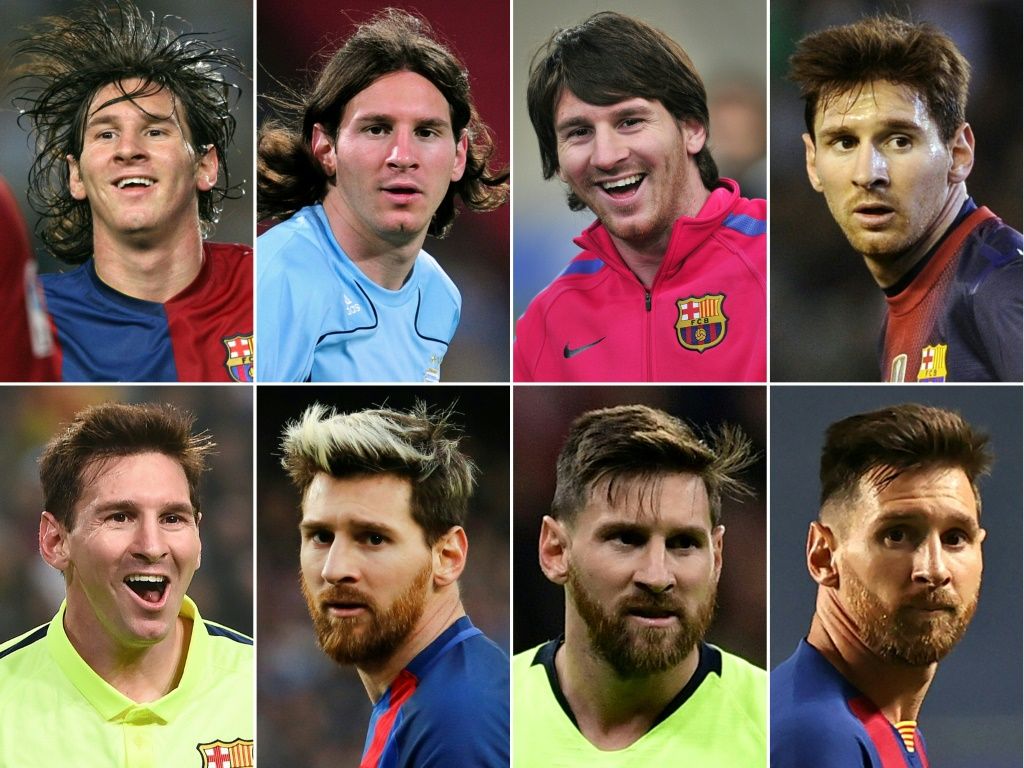 “I have still not come to terms with the reality of leaving this club now — I love this club,” said a suited Messi, who several times wiped away tears before a squadron of reporters at the club’s Camp Nou ground who gave him a standing ovation.

Messi, widely considered the most gifted player in the history of the game, has won 35 trophies at the club which he joined as a 13-year-old — including four Champions Leagues and 10 league titles while his 672 goals are a record for any of the top five European leagues.

Despite offering to cut his salary by half to seal a new five-year deal which a club carrying debts of 1.2 billion euros ($1.5 billion) and player had agreed on, the agreement foundered on strict Spanish League salary restrictions.

Barca president Joan Laporta said he could not “mortgage” the club’s future on any player — not even 34-year-old Messi.

Previously Messi had been earning over 70 million euros ($82.3m) a year net — but financial observers of the Spanish game estimate he pulled in around twice as much in commercial revenue, accounting for almost one-third of total incomings and eight in ten shirt sales.

But he stayed and stressed on Sunday that he and his family had wanted to continue in Catalonia rather than embark on a likely reunion with former clubmate Neymar at PSG — ostensibly the only club that can afford him with Manchester City having already said they will not make a move for his services.

“I would’ve liked to have won another Champions League,” said Messi.

“I don’t regret anything, I tried to give my best and I’m ending my career here with a good number of titles”.

He also said he had been completely transparent throughout the saga regarding his intentions.

“I gave everything for this club from the first day that I arrived right to the last. I never imagined having to say goodbye.

“I’m not ready for this,” he said, again choking back tears as thousands of fans waited outside to salute their icon, whose first contract 21 years ago was signed on the back of a restaurant napkin.

Stressing no deals had been done, Messi did concede that joining PSG was a “possibility” as the Qatar-owned club consider a move.

On Sunday evening, dozens of PSG fans gathered in vain outside the gates of Le Bourget airport to the north of Paris hoping to catch a glimpse of his arrival.

Barca’s Dutch coach Roland Koeman, whose goal won Barca their first European Cup in 1992, tweeted Saturday it was “still hard to understand that you will not play for @FCBarcelona anymore,” while saluting Messi’s “work ethic and desire to win.”

“You leave as the best player of all time. It will never be the same to see Barca without you. Thank you for everything you have given,” he tweeted.

Now it falls ostensibly to PSG to add the final piece to their multi-million dollar jigsaw as the capital club seek to land an elusive maiden Champions League crown.

They have already added veteran Spanish defender Sergio Ramos from Real Madrid, where he won four Champions League crowns of his own as well as Italy goalkeeper Gianluigi Donnarumma.

Messi — who would not command a transfer fee, being out of contract, would be the cherry on the cake and happy to meet up again with former Barca clubmate, Brazil superstar Neymar — who has long made no secret of wanting a reunion.

Messi would also team up with his Argentina colleague Angel di Maria as well as Kylian Mbappe, the 22-year-old tipped to succeed him as the best player in the world.

An added attraction at the Parc des Princes is that coach Mauricio Pochettino, like Messi, started his career at Newell’s Old Boys in Rosario, Argentina.

Pochettino was actually on the pitch playing for Espanyol when a teenage Messi made his Barca debut.

“He is the best player in the world,” said Marseille coach Jorge Sampaoli after his team’s 3-2 win at Montpellier on Sunday.

“Everyone would be riveted on the French championship.”